We are a non-for profit organization dedicated to the practice and study of Gnosis.

*To register for this program fill out the form at the bottom of the page.

﻿"The mission of Gnosticism in this age is to deliver the method and means for the work of the realization of the inner Man in each one of us; the attainment of this transcendental objective depends on our cooperation with the Being." Samael Aun Weor 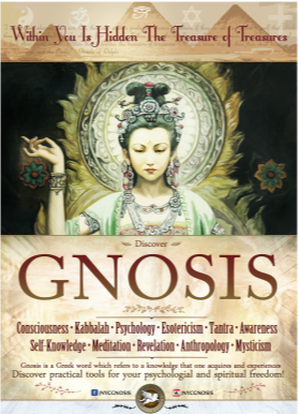 For upcoming classes click on this image.
Beginning Course Curriculum
This listing constitutes the typical lessons taught in the "first chamber" or beginning classes. The subject matter can vary slightly based on the instructor.

In this 33-week practical course, we explore the basis of Meditation, Mysticism, Kabbalah, Esotericism, Astral Projection, Sacred Sexuality, Alchemy, and the mysteries of the human Consciousness.

​
First Block – Introduction to Gnosis Second Block – Fundamentals of Gnostic Psychology Third Block – The Awakening of Consciousness Fourth Block – Universal Laws and the Ray of Death Fifth Block – The Origin of Man Sixth Block – Gnostic Esotericism Seventh Block – Use & Expansion of our Energy Eighth Block – Age of Aquarius and its Foundations Ninth Block – Preparation for Meditation Chamber*
*Prerequisite: Regular Attendance to the First Chamber Program.
"The Monad, by means of different "esoteric revelations" not only persuades the soul, but rather also exerts, with all its rights, full control over the soul. And when the soul, through these revelations, comes to know what she was, what she has come to be, where she was, where she was thrown, where she is going, from what she should be liberated, what it is to be born, what it is to be reborn, then the peak moment has arrived in which the soul, knowing she is misplaced, will cooperate with the divine plan of her own Being."

PLEASE SUPPORT OUR MISSION
​
If you benefit from what you find here, make it possible for others to benefit too. Please consider supporting our non-profit organization with a recurring monthly donation: